Lari Don, author of the Fabled Beasts Chronicles and the Spellchasers trilogy, is well known as a traditional storyteller. She’s like a magpie – constantly on the look-out for stories, or even just an awkward corner in a longer story, from which she can spin out a tale with which to mesmerise audiences of all ages.

Writing novels is very different from traditional storytelling – but like a venn diagram, the worlds often overlap, one feeding off the other, and vice versa. Lari’s fiction is steeped in traditional fairy tales and folklore – and proves that there need be nothing gentle or fey about either.

In this blog here, Lari explains the background to her fantastic collection of stories, The Dragon’s Hoard, all drawn from Viking sagas with which she’s been fascinated for as long as she can remember. She had to be quite selective – they were a bloodthirsty lot, those Vikings. 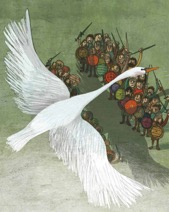 Cate James, the artist responsible for the wonderful illustrations in Breaking the Spell, a collection of traditional Scottish stories written by Lari, jumped at the idea of illustrating those Vikings – and both she and Lari agreed that, despite the traditional image of a pillaging Viking, horns were not allowed. They were quite scary enough without them… 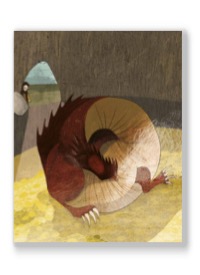 You can buy copies of The Dragon’s Hoard here.

You can buy copies of Breaking the Spell here. 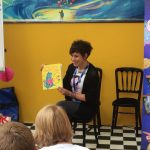 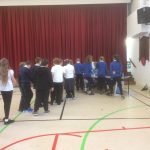