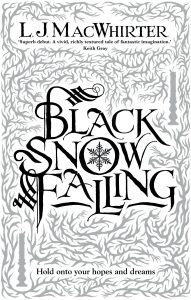 Moonlight poured through the window above the candlemaker’s shop. Slumped asleep over a desk was a boy. His name was Jude. Scribbled notes were strewn all around him and his wax-splattered apron was cast aside on a straw mattress. As he breathed a blanket slipped from his shoulders exposing the cobbled line of his spine and bruises dark as plums. The rest of his skin was ghostly white in the half-light. His shoulder blades rose and fell with the pace of deep sleep. Shadows curved along his young muscles. Lank hair fell across his face. Even asleep his jaw jutted forwards a little.

We’ve witnessed this novel evolve into its final incarnation over a number of years – and we’re delighted that Liz’s writing ambitions have been realised in such a handsome book. Tim Byrne’s jacket design is breathtaking.

Full of ideas – the position of the earth in relation to the sun, of women in relation to men, of people with money in relation to people without money, of the power of books, of the need we all have for dreams – Black Snow Falling is a remarkable novel, layers of stories delivered through rounded, passionate, flawed characters and dream thieves… 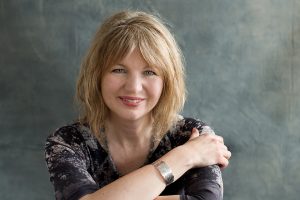 The novel obviously changed as Liz redrafted it, always determined that it should be the book she needed it to be, but that opening chapter changed very little. It showcases the author’s visual imagination and her ability to convey images through her writing. As David Robinson, formerly Literary Editor of The Scotsman said in his early review, ‘For a novel of such breathtaking imagination, Black Snow Falling also has a deep sense of history and its characters are satisfyingly complex. It’s rare to find all three at once, let alone fused together so effectively…’

Now the book’s out – and it’s over to the readers to respond to it. An anxious time for a debut novelist! But Liz has already had great responses from such writers as Keith Gray, Elizabeth Wein and Anna Claybourne and we are confident that there will be many more to come. You can order and buy copies from your local bookshops, and also – online – from Waterstones, Foyles, Blackwells, and Amazon. And of course, it will be available for you to borrow through local libraries.

Liz is looking forward to meeting her readers – starting with an already sold out event at the Edinburgh International Book Festival – and talking about her writing, the ideas she enjoys exploring, and ways in which fiction can illuminate our world. She’s registered with Live Literature and you can find out more about her on the Scottish Book Trust website, here. And on her website, here. 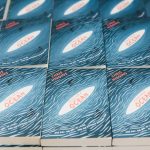 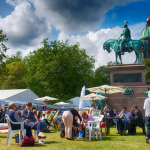