Looking out to sea…

Chris Higgins‘ new novel – A Boy Called Ocean – is published this week by Hodder, and will be launched in Penzance before an audience of readers from schools all over Cornwall.

Here she explains the background to her powerful teen novel, set in the kind of surfing community with which Chris and her family are all too familiar.

The inspiration for A Boy Called Ocean came from a summer garden party we held. A band came to play called the Sea Kings and they were brilliant. I’d taught two of them and recognized the third lad from recent press coverage. Joe had been rescued by the RNLI after drifting out to sea on a surfboard – it was a story which hit the headlines locally – and he generously shared his story with me. I was amazed how cool he’d remained, alone out there on the ocean for hours, with no hope of getting back on his own. I would have been in a state of total panic. 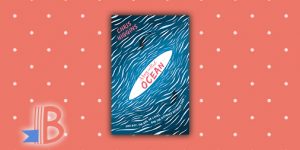 A Boy Called Ocean is not Joe’s story, though it was undoubtedly inspired by him. It’s the story of 15 year-old Kai who has issues buried deep inside that he has never dealt with. One evening, after a row with his best friend Jen, he steals a surfboard and heads out to the ocean to clear his head. He’s an experienced surfer, but conditions change – as they so often do – and too late he realizes he can’t get back and nobody know where he is.

Like everybody in my family, I am a keen sea swimmer and all-year-round stand-up paddle-boarder. I love living in an area of the country dominated by the ocean. But as my love affair with the sea continues to grow, so does my respect for its changing moods. Living  at the far tip of Cornwall, the tragic consequences of people underestimating the power and unpredictability of the ocean is constantly brought home to me.

Throughout the writing of A Boy Called Ocean, I went out on my board most days, reminding myself how it felt to be “alone” on the ocean. I’ve become addicted to my daily dose of being at one with the sea and the sky. Weather and sea conditions permitting, I wheel my board across the road from my house and paddle out to sea. The peace, the space, the wholeness, the sense of being alone on the ocean where no-one can reach me, is something that completely restores me.

The sea is unpredictable though, and I never take it for granted. I  have seen it claim lives again and again – unsuspecting holiday makers, swimmers, stranded walkers, fallen climbers, fishermen, yachtsmen,  sailors. Even, one dreadful December night, the whole crew of the Penlee Lifeboat, the Solomon Browne, and everyone onboard the Union Star they were so bravely trying to save. 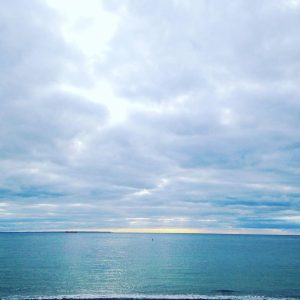 Nevertheless, I continue to head for the sea at every available opportunity, for it’s that very unpredictability I am drawn to. Don’t get me wrong, I don’t take risks. But both the sea and the weather are fickle. Every so often, I experience real fear when the wind picks up or changes direction or I get caught in a current and it’s a struggle to get back to safety. Then I realise how small and insignificant I am compared to the surrounding ocean. 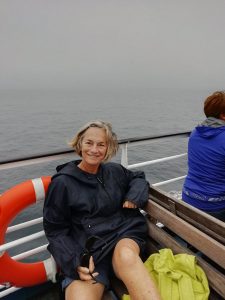 The sea is a central character in A Boy Called Ocean. We see it in all its moods:  soothing, exhilarating; peaceful, seething; calming, invigorating; inviting, terrifying.  I’ve tried to convey all those contradictions through Kai’s experience of being swept out to sea that night.

And the sea is also a metaphor for life – because life is unpredictable too. None of us knows what the future holds; it can change on a breath. We all like to think that we’re in charge but the sea laughs at that.

In A Boy Called Ocean I explore what it’s like to be out of control. To be so immersed in the world you find yourself in that the edges become blurred. To submit to and lose yourself in something greater than you and paradoxically, by doing so, discover yourself.

To be in the moment.

I loved writing A Boy Called Ocean. Through it I have gained a sense of my own insignificance, that I am merely part of a whole.  And, at the same time, I have discovered the amazing resilience of the human spirit and what a wonderful thing it is to be alive.

Or you can buy it online from Hive. 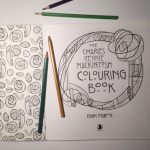 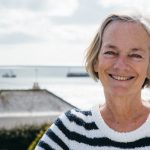