She came to us with her debut picture book, which will be published in 2023 by Otter-Barry Books. More of that in due course…

This is the text of Fiona’s article published by The Scotsman to mark Autism Awareness Week last month.

One of the first words my son ever said (in hindsight, later than expected) was “stuck”.  It’s come in pretty handy for a boy who needs to see everything and who will climb onto, squeeze into and slither under anything to satiate that need.  As he grows and fails to factor into his escapades his increasing size, we regularly extricate him from under changing room doors, rescue him from atop fences and ease him out from behind and between with farcical regularity.  In a particularly alarming display of brinkmanship he stuck his head into the mechanism that retrieves the balls from the 10-pin-bowling alley, presumably just to check they were on their way back up.

My 8-year-old is autistic, and, unlike his neurotypical younger brother, simply cannot accept an explanation, no matter who it comes from and how trusted they are.  He’s the ultimate Doubting Thomas, always on the search for proof with his own eagle-sharp eyes.

Some people just seem to get this.  Sometimes there’s a reason for that: they, too, love somebody with autism; they’ve worked with autistic children or adults; they’ve always felt a little “on the outside” themselves and relate to that notion of divergence from the norm.  With others, there’s no obvious reason for their understanding and empathy: they just seem to accept and embrace difference in the same refreshing way that children can, given the right tools — without judgement and with wonder rather than fear.  Some don’t get it, but are trying, and nobody can ask more than that.  Others don’t get it and simply never will. 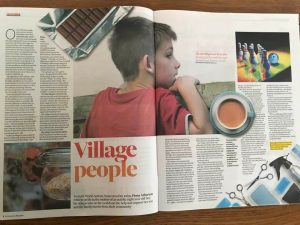 “It takes a village to raise a child. It takes a child with autism to raise the consciousness of the village”, says Elaine Hall, world-renowned speaker, consultant and star of HBO’s two-time Emmy award-winning film Autism: The Musical.  I remember a lot of talk about “villages” when my son was first diagnosed, aged 3.  I have to admit to finding it annoyingly opaque at the time, in that first flurry of fear and bewilderment.  I dismissed it as a clichéd Americanism.

I’ve learned, over the last five years – frequently beautiful, often challenging, always eventful – that the “village” is a thing.  There are the elders of the village – the medical professionals whose input punctuates the weeks and the years, many of whom know my son well – on paper.  But they’re not the real villagers – not day to day, anyway.

The real villagers are those who choose to see the world through my son’s eyes, however briefly, and to put on hold — whether for a moment, an hour, a day, or forever — everything that is assumed about how a child might behave, think, respond, what they do, what they say, what they enjoy and what they need.

Our village is the local shopkeeper who understands that my boy needs to be shown the store room where the guy’s yellow jacket hangs while he’s working, because the first time we saw him in the shop he was wearing that yellow jacket, and so that’s just how it is.  No questions asked.

Our village is the railway station staff who just accept that our son needs to peek through their office door to see the kettle and little microwave that fascinate him so much.  “So what about that cup of tea?” he asked them once, much to their amusement.  He doesn’t drink tea, and he doesn’t ask many questions unscripted, so this was a biggie.  Without fail now, they open the office door and gesture towards the infamous kettle and microwave.  No questions asked.

Our village is the sweetie shop owner who knows that my son needs to be shown the toppings for the ice cream, and gestures to demonstrate the choice, tapping the containers, rather than rattling through them as he does with the other kids.  It’s the tip attendant who occasionally let him push the button on the cardboard crusher, but who also understands why it’s important for us to see – again —  where his bike is kept and to know where he lives and why there’s a caravan in his garden.  And it’s the craft-shop owner who allows my son to edge his way into her store room every time we visit, and who will patiently explain where her children are – again — and why her daughter once had a sore arm.  Every time.  Without fail.  No questions asked.

Our village is the barber who, although admittedly rather bemused by the whole experience, tickles my son’s face and neck with his soft brush to break-up the arduous hair cut, and who rewards the feat of endurance with a blast of the hairdryer down his t-shirt.  Hey, if it works, it works.  No questions asked.

Our village is the janitor at school who knows when our boy visits him each day with his devoted Additional Support Needs assistant (Village Elder Extraordinaire) that he’ll need to see his motorbike helmet and to ask where he keeps the motorbike; and the computer guy at school who has printed off wads of photographs of his own family so that he can patiently, repetitively, go through them with his daily visitor to calm him in the stressful, demanding environment that is school.

Of course, there are times when needing to see everything gets tricky.  It’s not always appropriate to peek under a stranger’s hat, to stick your head through their door, nor to try to remove somebody’s hair that you are convinced is a wig (spoiler alert: it was not a wig).  It’s tricky, when the world is a bit of mystery to you, to work out how it can be funny to creep in on a family member getting dressed, but not on an unsuspecting stranger at the local pool.  A typical brain simply has that innate sense of what is appropriate, when, and in what company.  The autistic brain is black and white, and generally struggles with impulse control.  That’s a heady mix, particularly when society operates within that grey area of ‘context is everything’.

We apologise and explain in chocolate too.  Our chocolate bill is astronomical.

But however large the bill grows, the ‘thanking’ tally is always – always – ahead of the ‘apologising’ tally, and those who are truly unwilling to take a leap into the pure, monochrome – admittedly stressful and rather off-the-wall —  world my son inhabits are few and far between.

There is a certain refreshing purity about a world in which social rules go unnoticed, money means nothing, lines are indistinguishable and context is a mystery.  It makes for a stressful life, and a vulnerable one, undoubtedly, but that doesn’t negate the purity of it.

“What would happen if the autism gene was eliminated from the gene pool?” asked Temple Grandin, an autistic woman who has spent her life educating the world.  “You would have a bunch of people standing around in a cave, chatting and socialising and not getting anything done.”

The village needs everybody, you see.  Including the guy who will willingly stick his head into the mechanism of a bowling alley.  And he needs the village. 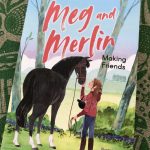