Since the beginning of human history we have been at war with an invisible enemy. 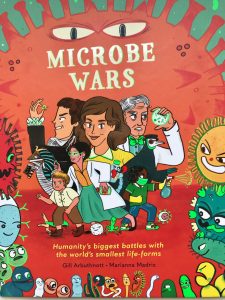 MICROBE WARS written by brilliant science communicator Gill Arbuthnott, strikingly illustrated by Marianna Madriz and recently published by Templar Books, is the fascinating and sometimes very funny account of the world of microbes. It’s the totally compelling story of what they are and how humans have tried  – sometimes successfully, sometimes less so – to defeat them. 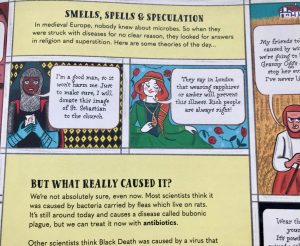 These tiny organisms can spread terrible diseases. Ramses V, Pharaoh of Egypt may have died of smallpox; in 1918 a new illness called the Spanish Flu killed 50 million people in 18 months; and in the fourteenth century the black death killed more than a quarter of the population. In more recent times Covid 19 has changed the way we live. 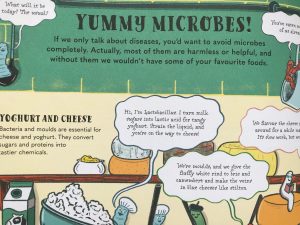 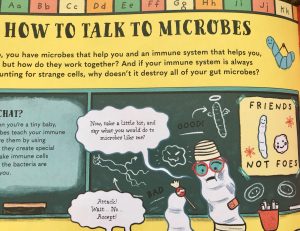 But there’s good news too! Human scientists have learned to fight back. In the 18th century Edward Jenner developed the first vaccine, and since the 1930s penicillin has saved millions of lives. And many microbes are helpful. They help our digestion, give us powerful medicines and even food.

Microbe Wars is a book that Gill has wanted to write for some time, and in June 2020 Templar Books decided that the time was right… Not surprisingly, she is immensely proud of the result and so are we. As Gill says, “It takes a lot of people to turn an idea into a finished book and I’ve been very lucky to work with editors Katie Haworth and Samuel Fern and designer Nathalie Eyraud. Above all though, it’s been the wonderful illustrator Mariana Madriz who has brought my words to life with her detailed – and frequently funny – illustrations.”

You’ll find MICROBE WARS in all good bookshops and libraries too. Or you can order it online here. 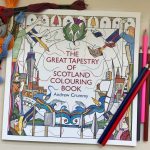 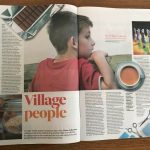